The Timor-Leste national oil company (NOC) Timor Gap tendered the pre-front end engineering and design (pre-FEED) for a conventional onshore liquefied natural gas (LNG) plant in alternative to the floating liquefied natural gas (FLNG) solution preferred by the Australian company Woodside Energy (Woodside), and its partners, ConocoPhillips from USA, Shell from The Netherlands and Osaka Gas from Japan, to develop the Greater Sunrise project from the Browse Basin in the Timor Sea of the Pacific Ocean.

Discovered in 1974, Greater Sunrise includes the Sunrise and Troubadour wet gas fields and should contains gross contingent resources of 5 trillion cubic feet (tcf) of gas and 220 million barrels (b) of condensate. 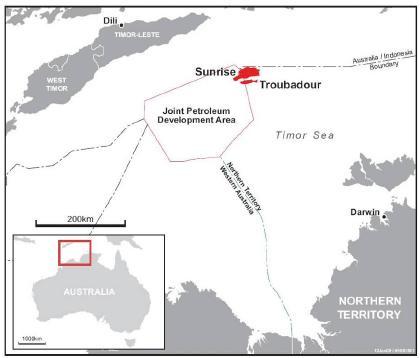 Greater Sunrise working interests are shared between the stakeholders in such a way as:

In 2006, Woodside started the first studies to investigate the best locations on the Timor-Leste South Coast to settle an onshore LNG plant.

At that time the only technology available to develop offshore gas fields was a combination of a production offshore platform, an export pipeline to shore and onshore LNG  trains for shipment.

But the Greater Sunrise field lies 459 kilometers north of Darwin in Western Australia and 150 kilometers south of Timor-Leste coastline.

Timor-Leste Beaco site to host up to four LNG Trains

In 2010, Woodside and its partners, ConocoPhillips, Shell and Osaka Gas, signed an agreement with Shell to use its newly developed FLNG concept for the Greater Sunrise project. 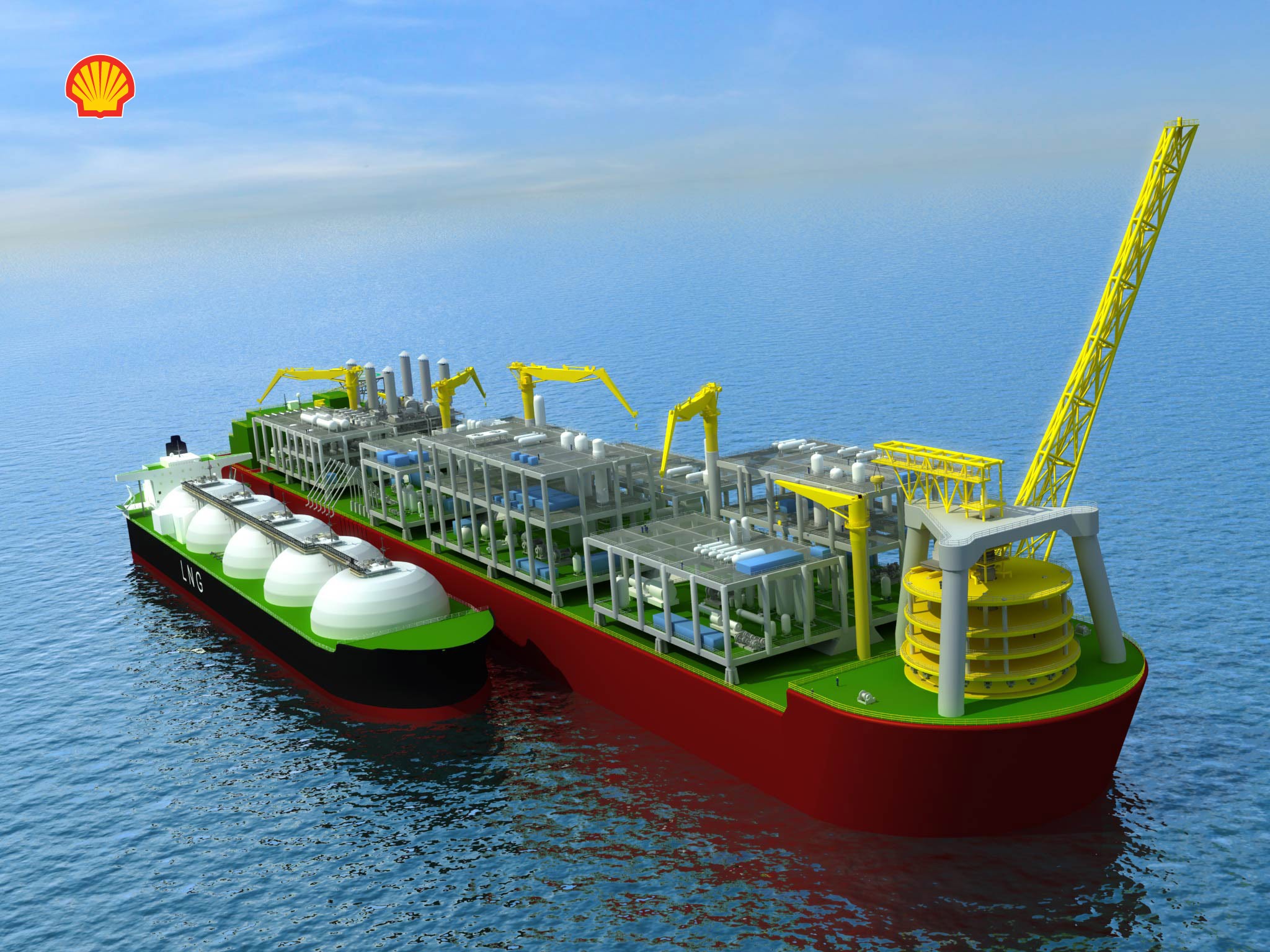 Since this technology is getting accessible after first Shell Prelude FLNG project, also offshore Australia, it can provides Woodside and other stakeholders  the most effective solution to develop Greater Sunrise not only because of its sensitive geographical location, but also of the spiraling costs of the conventional design LNG projects in construction on the Australian northern coast.

By this agreement Shell would design, build and operate the Greater Sunrise FLNG.

At that time this Greater Sunrise FLNG was expected to be the second FLNG to be launched by Shell after Prelude.

The Greater Sunrise FLNG should have a capacity of 4 million tonnes per year (t/y) of LNG. 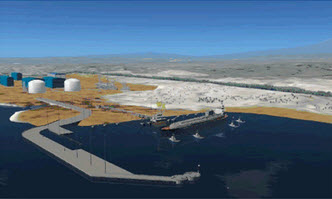 While the legal status of Greater Sunrise area is still unclear between Australia and Timor-Leste and preventing any final investment decision (FID) of the companies, Timor Gap and Timor-Leste Government have decided to revive Woodside first scenario to develop Sunrise and Troubadour gas and condensate fields through offshore plaform, export subsea pipeline and onshore LNG plant on the Timor-Leste south coast;

In that perspective Timor-Leste would finance the $800 million export pipeline and called for tender the pre-FEED of onshore LNG  train with a capacity of 5 million t/y LNG.

Timor-Leste allocated a 230 hectare site at Beaco where Woodside and its partner ConocoPhillips, Shell, Osaka Gas could accommodate four LNG  trains for a total capacity of 20 million t/y of LNG alternatively to Greater Sunrise FLNG solution.